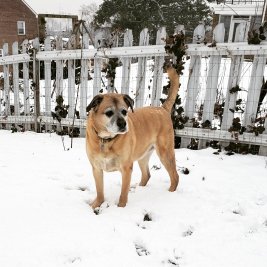 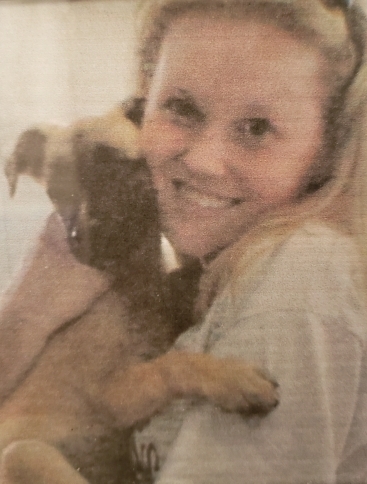 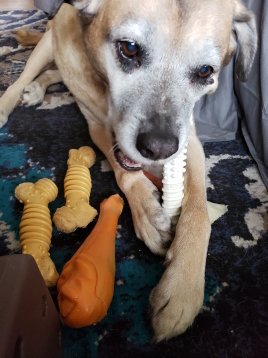 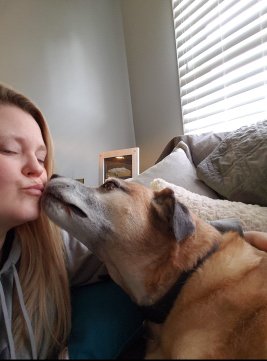 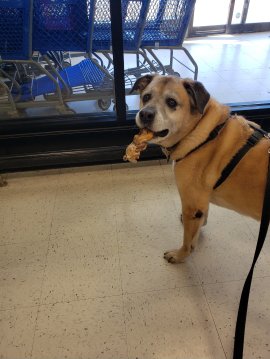 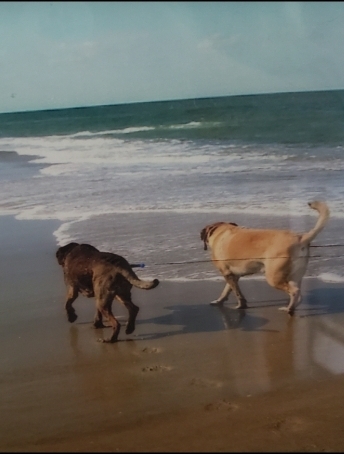 My dearest Drake Cake,
As it turns out, 13 years was absolutely not long enough to have you here with me. It seems like it was just the other day that I rescued you and your brother in the OBX when you were both just tiny little babies. Where did the time go baby dog?

I always worried about the two of you aging together and how I would handle it if you passed away close together. Well, here we are and it's even more difficult than I ever could have imagined.
I'll miss your 'tough as nails' attitude more than anything, Drake.
For those of you reading, if I had to describe Drake as a human he would've been the captain & QB of the football team that all the girls were in love with due to his fierce demeanor and super masculinity. Anything that stood in his way he would literally run it over to get to what he wanted (especially food or his chew bones)! With that, came a loyal heart of gold toward his brother, Brandy, his grandmom and his mother, me.
Although he was a bad a** to the core, he loved every human stranger he ever met... especially children!

Drake, I asked the universe for a very specific and detailed sign yesterday after you passed away to let me know that you had crossed the rainbow bridge and were happily reunited with your brother. Roughly 3 hours after my request was made, I was granted my EXACT sign that I asked for. I find peace and comfort knowing that you are with your best friend/ brother again. You two were never meant to be separated and I know this past 7 months has been very tough on your soul since Brandy has been gone....I could see it in your eyes and your behavior. It's been tough on my soul too.....I know you could see it in my eyes and behavior as well. I thank God we had each other to grieve and mourn him together.

When Brandy passed away at least I had you here Drake, but now with you gone it is definitely the end of an era that I am not prepared to accept.

For the first time in 13 years I went to bed last night without being able to kiss you good night.

For the first time in 13 years  I woke up this morning without you here to greet me.

For the first time in 13 years there was a knock at the door today, but you weren't here to bark.

For the first time in 13 years I opened a bag of snacks today, but you weren't here to beg.

These 'little' things I am already missing so much and it hasn't even been 24 hours since you have been gone. The house is so quiet that it's excruciating for me. I never knew what the expression 'a silence could be so loud' truly meant until the afternoon of Sat February 8, 2020, arrived.

Drake, It was pure divine timing that I found you and your brother that day and I will be eternally grateful for that gift. I will forever miss you and love you Drake. Until we meet again my precious angel I'll see you in my thoughts and dreams.

Share Your Memory of
Drake
Upload Your Memory View All Memories
Be the first to upload a memory!