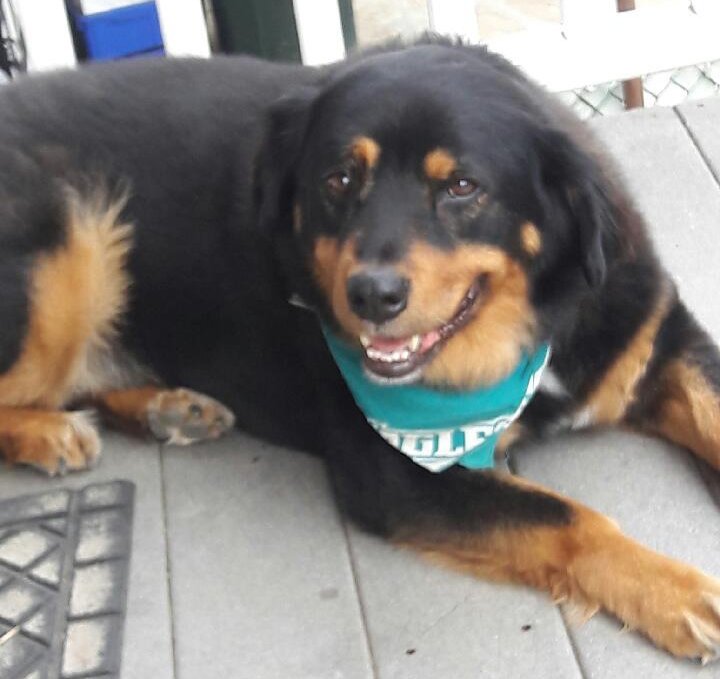 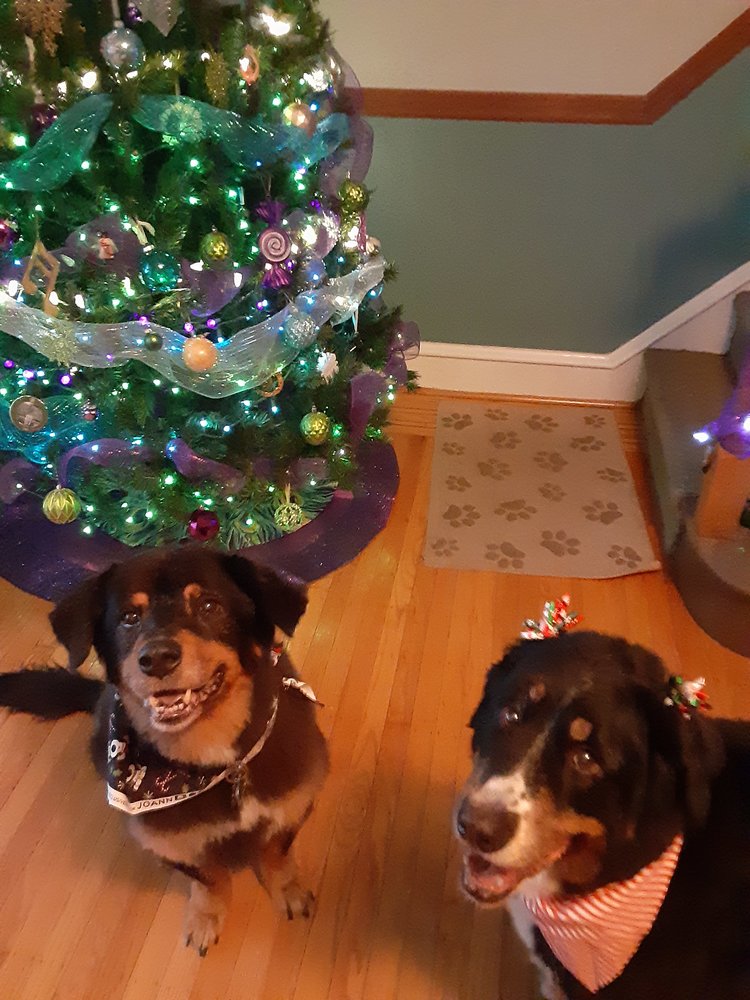 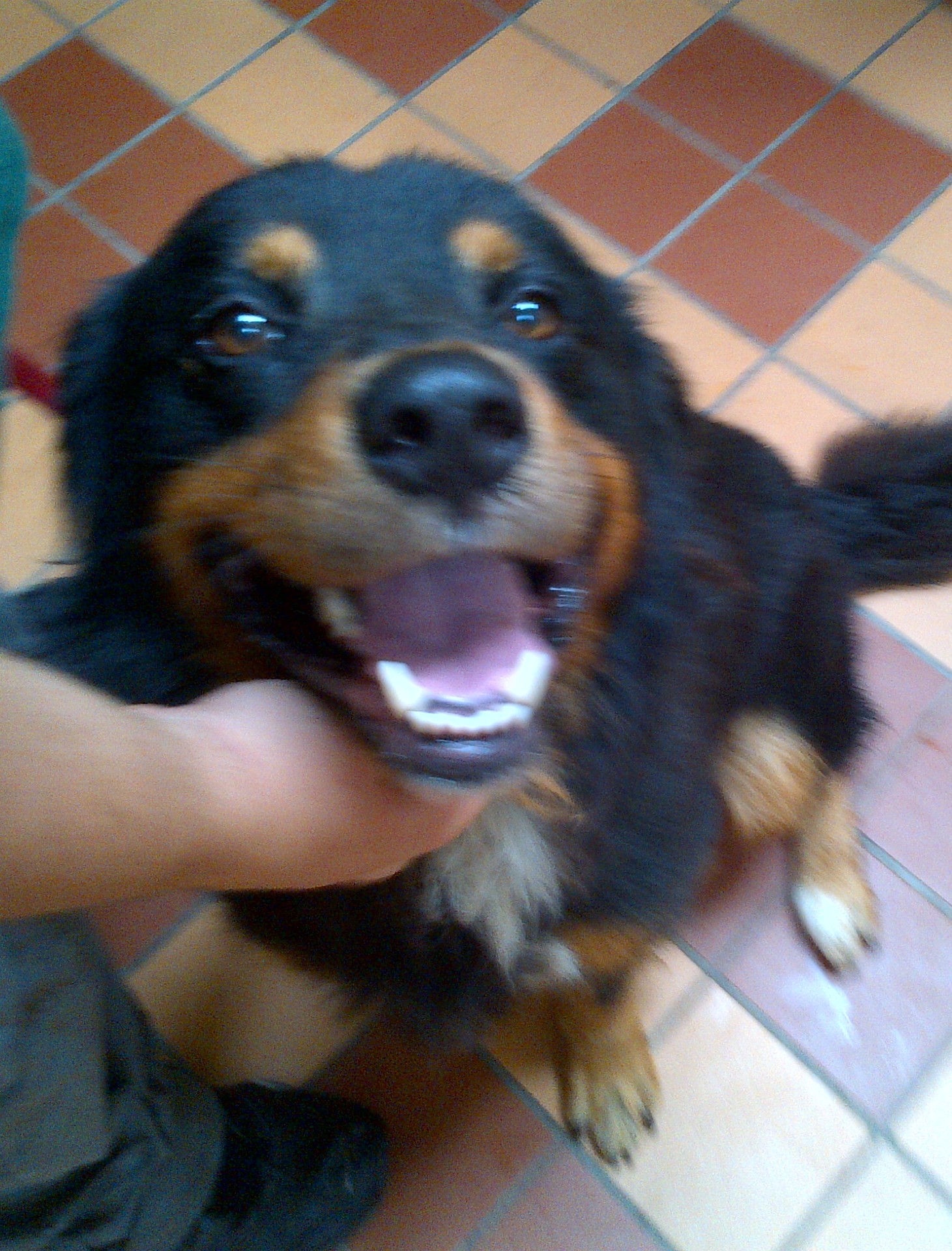 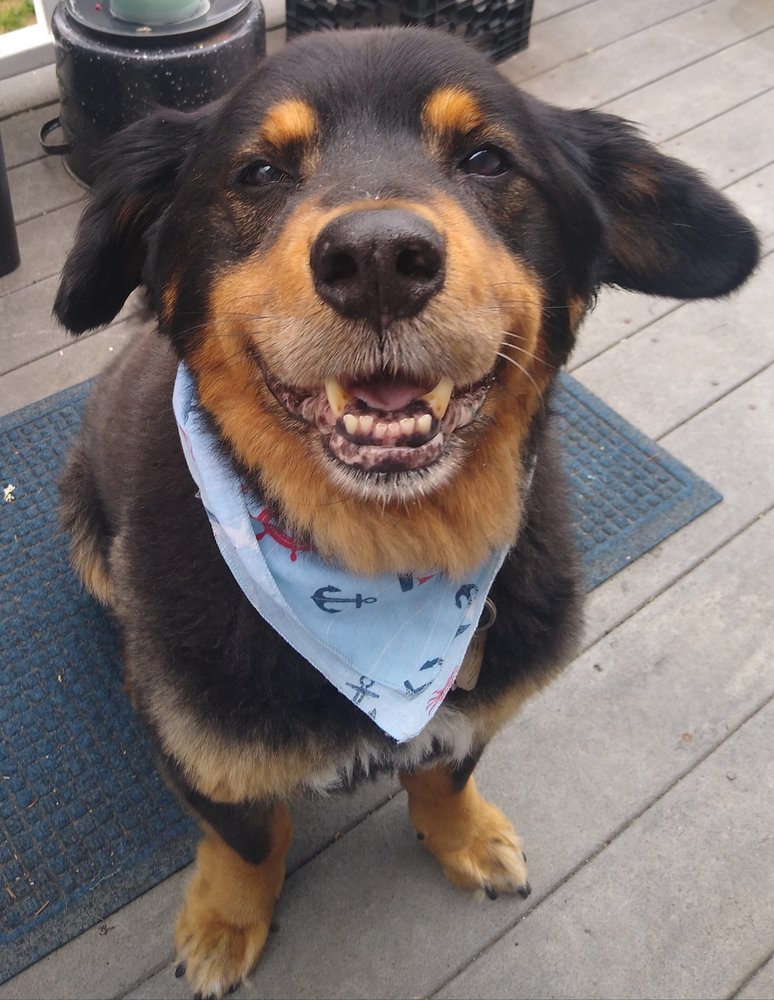 Beau came into our lives from an afternoon of my husband, Chuck, going to the Abington SPCA to find a friend for our dog daughter, Bella.  While I was giving a tour in Independence Hall, I felt my phone vibrate in my pocket with a text.  On my next break, I checked my message and a handsome boy was in the photo Chuck sent to me.

While I was kind of annoyed that Chuck had gone without me to pick out a dog, Beau is one of the best joys to have come into our lives! Bella & Beau were often mistaken for actual brother & sister; she’s a purebred Bernese Mountain dog, Beau was a Rottweiler/Bernese Mountain dog mix (we think).  Even though they weren’t actually related, they treated each other like brother & sister- she would get a little too playful (like some little sisters do) & her older brother would remind her to back off.  Unfortunately, Beau did not treat his cat siblings, Monty & Zoe, as well.  He did not like cats; so unfortunately, they had to be kept safe in the basement away from him.

On Friday night after coming home from the vet, Beau was very tired, lethargic, and didn’t have much appetite.  He went over to Bella’s bed (which he NEVER did), she was laying on it and got up to let him lay on it.  She usually steals his spot between the couch and coffee table by trying to distract him with her barking!  She kept checking on him and smelling him that evening.  I just thought it was stress from the vet visit or side effects from the Lyme vaccine that was making him so tired, he was a senior canine by this time.  He passed away in his sleep that night.

Beau was a VERY loyal dog, he & Bella have really been there for Chuck & me especially during the pandemic.  Beau would always be by my side to the point where I would sometimes trip over him.  Almost every morning I would find him by my bedside or he would wake us up by thwapping his tail on the metal radiator cover; whap, whap, whap!!!!  That was him telling us, “Get the hell up and feed me ya lazy bums” (in the voice of Burgess Meredith from “Rocky”).

He would always be with me when I was cooking because he knew his mom was going to drop something on the floor like bananas, bell peppers, blueberries!  His sister Bella would come running in to see what goodies he was chomping down.  When you gave him a treat, it was like going to Gator World in Florida, watch your fingers!

Our sweet, beautiful, handsome, loyal fur baby…you’re leaving a huge hole in our lives…your dad, mom, & sister love you & miss you so much…

Share Your Memory of
Beauregard
Upload Your Memory View All Memories
Be the first to upload a memory!