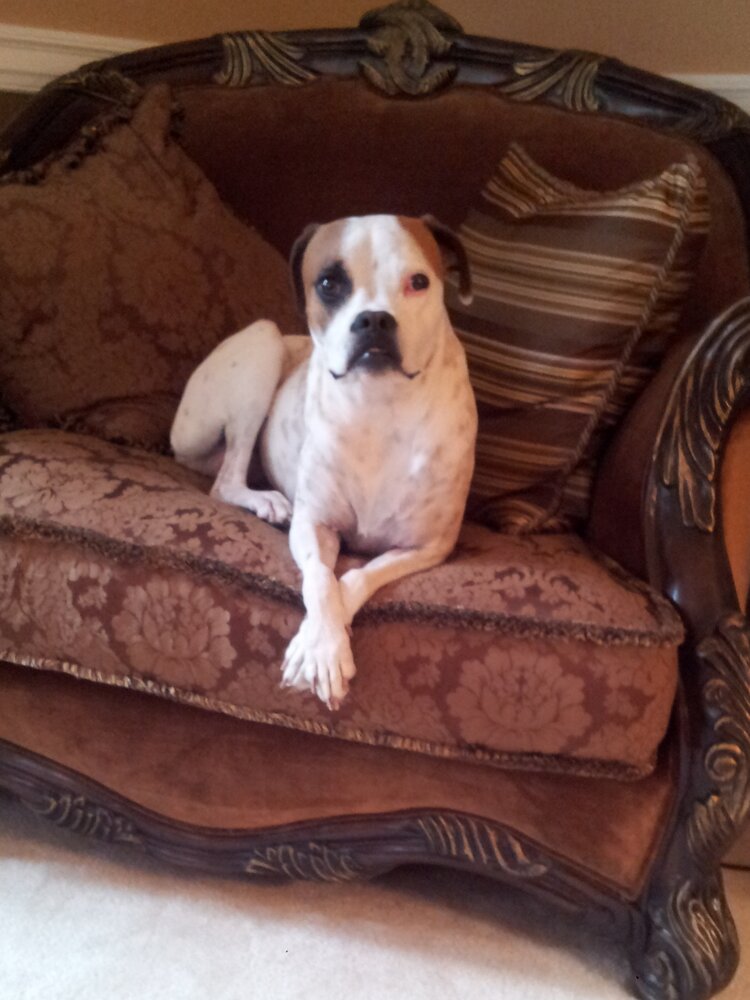 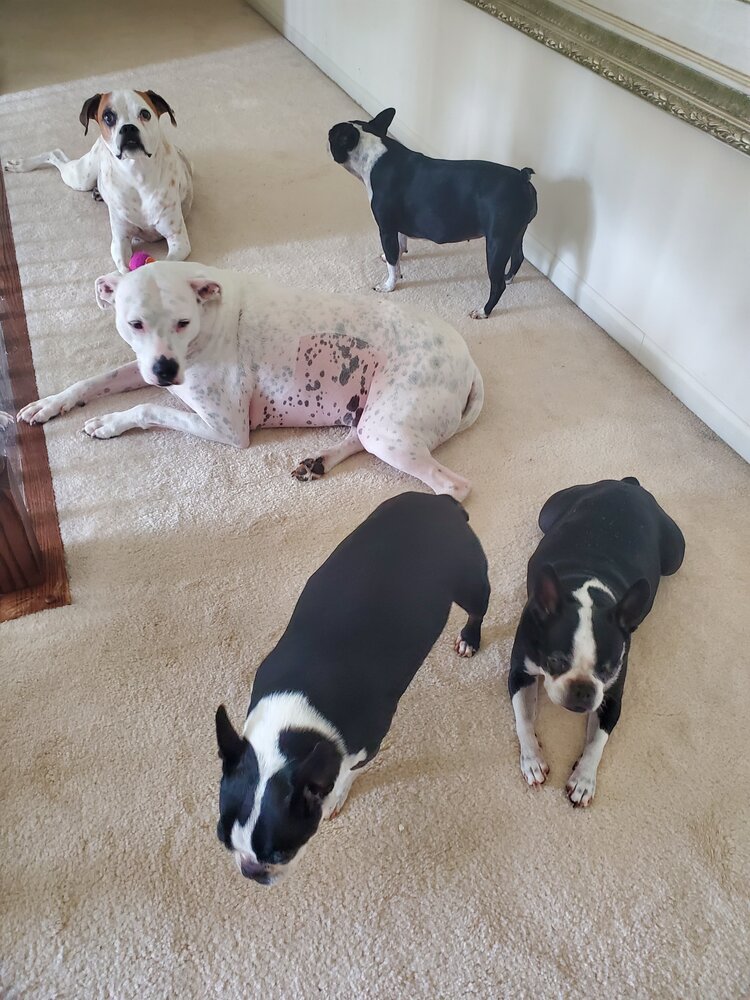 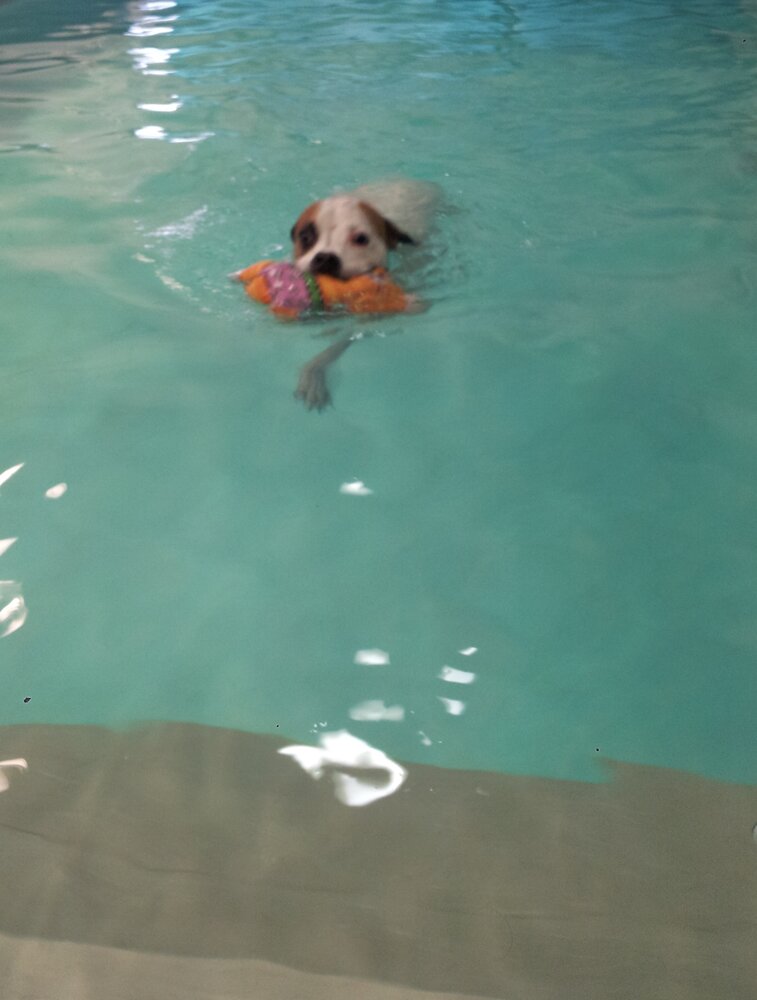 Please share a memory of Jewel to include in a keepsake book for family and friends.
View Tribute Book

Our baby girl came up on a South Carolina transport almost ten years ago with her three brothers.  Her brother arrived sick and didn't make it which prompted me to visit Jewel and her brothers at their rescue.  She was the only puppy from the litter who was there because she was in the sick ward.  I visited her in the sick ward and she wouldn't take her eyes off of me.  It was like they were saying don't leave me here.  With three dogs already I wasn't looking for another dog but those eyes.  They followed me.  I even shut the door and walked away.  I returned to the room and she was still looking out of the cage with her eyes looking for me.  At that point I decided she needed to come home with me.  I told the adoption coordinator that I wanted to adopt her but one catch, she was in the sick ward.  The coordinator made an exception and asked if I was comfortable treating her illness at home.  I was.  She came home with me that day.  She also came with a Christmas teddy bear with the year embroidered on the scarf from PetSmart.  Every year since 2012 I purchased her the same teddy bear.  It was a tradition.  I had to stop on the way home to get supplies because I wasn't planning on adopting her.  Also on my way home I stopped and got an ice coffee from DD.  I swirled the ice in the cup and she got scared.  She soon got used to the ice swirling in my cup.  So much so, every time I had a cup of coffee she would beg for my cup.  I would pour the coffee out into a glass and give her the cup because she would tell me wanted the cup with her eyes even if I wasn't finished drinking.  She would take the cup by the straw, lie down, pull the straw out, pop the lid off and lick the inside of the cup.  She was raised by my three other dogs who taught her everything.  She loved playing with her tennis ball, swimming, her sisters, brother, her home/yard and most of all her mom and dad.  She did not like strangers.  She took a long time to warm up to you.  So much so on our 10 year anniversary we took her with us because no one could watch her.  We rented a house with an indoor swimming pool so she could swim while we were there.  It was the first time we actually swam with her.  All her other swims were solo at an indoor pool just for dogs.  Losing her is heart wrenching.  Our house is filled with memories of her.  The recliner she slept in, the spot on our bed, her clothes/coats/harnesses/collars and toys are all around.  She will always be part of our family even if she is physically not here.  Our hearts are broken and will never heal.  We are forever grateful to have had her for the little bit of time we did get with her.  We love her with all our hearts and nothing can ever change that.

Share Your Memory of
Jewel
Upload Your Memory View All Memories
Be the first to upload a memory!
Share A Memory